It’s pretty well known that one of the best ways to tell if a child (especially a baby/toddler) is healthy is if they’re growing well. It’s often the first question I ask about when assessing my own clients, and is something our moms, MIL’s, and grandma’s typically fuss about:

“Are they gaining weight?”

“Eat more so you can grow!”

To be honest, knowing our baby is gaining weight and is growing taller is a comforting sign to all of us that the body has what it needs to function and develop. But how do you know if your baby or toddler is growing well, too much, or too little? Well – we use growth charts – which you’ve likely seen your doctor plotting away on at your child’s regular check ups. While it looks super fancy and technical, it’s really not that hard to interpret if you know how it works, and what you’re looking for. While we usually leave the interpretation to the doctor, it always helps for us parents to really understand what it means when they give us status updates on their growth – because without understanding it – we may end up getting anxious over nothing, or complacent about a real issue.

So without further ado, here’s all you need to know about understanding growth charts!

What are growth charts and how do they work?

Growth charts are graphs used by the medical community to keep track of your child’s growth pattern. Your child’s weight and height are plotted on a chart over time, and the rate of growth is compared to the rate of growth of a reference population of the same age and sex. Each chart has these “percentile lines” that run through it (5%, 10%, 50%, 90%, for example), which tells you which percentile your child falls on. 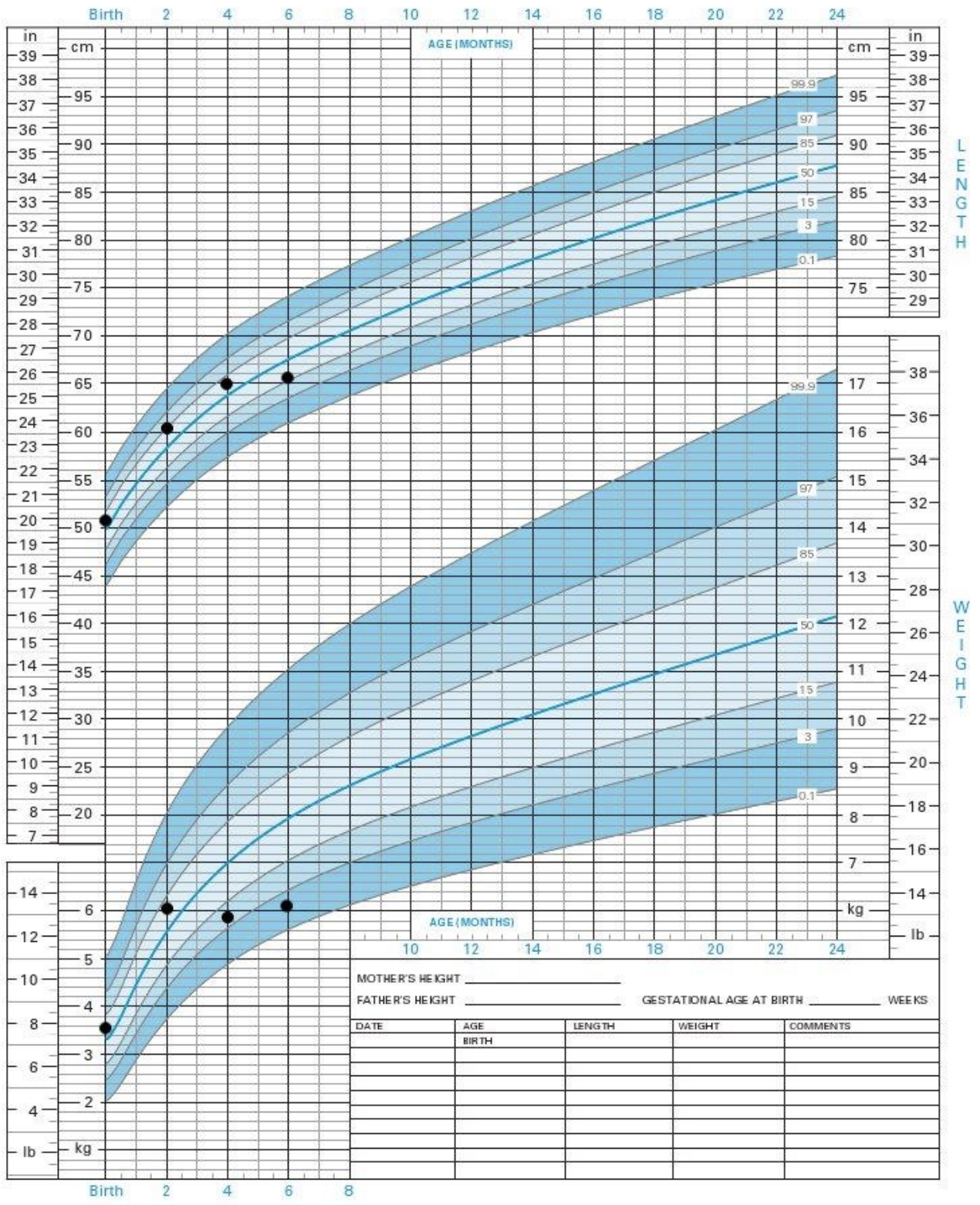 What percentile should your child be on…and when should you worry?

Many parents feel relief if their child is on the 50th percentile, but may freak out if they’re on the 90th or 5th percentiles. It’s not uncommon for me to get messages and emails from parents who’s doctors have rang an alarm for a child who’s on either end of the growth chart (top 10% or bottom 10%), and have been quick to claim that their child is falling off or at risk for obesity. This in turn causes parents to stress and push or restrict food on their child, which actually leads to more issues around food, and more often than not, the opposite effect on weight than what we want – not to mention, many psychological issues in the long run.

So here’s the kicker – it’s not what percentile your child is on that we care about… it’s about whether your child has a normal rate of growth over time – that is – they generally follow along the same percentile (or growth curve) over time. We want to see a fairly steady rate of growth vs. sudden swings in percentiles. Generally speaking, if your child drops or increases two or more percentile lines on the growth chart, we start to investigate why, as this is where there may be a cause for concern. This is what’s often referred to as “falling off the growth curve”. So being on the 50th percentile isn’t a good thing if they’ve just dropped from the 75th percentile. Being on the 5th percentile isn’t a bad thing if they’ve always been there. Every single child has a different body, genetic potential, environmental circumstance, etc. that puts them on a different trajectory. Not one is better than the other. It’s more about any deviation from your child’s norm that’s concerning. Always remember that.

What determines optimal health and genetic potential for height and weight?

Your child’s height and weight will generally change according to a pattern that is right for them. During the first few years of life, it can be normal to see some bouncing upward or downward from the previous percentile as they adjust and normalize themselves toward their genetic potential. However, as you learned above, a really large deviation in a short period of time can be cause for concern. So, how do you know if your child’s bouncing around on the growth chart is normal or not?

Let’s first review the predictors of growth, and what factors affect the percentile that your child might sit on:

Circumstances you can expect to cause deviations from their norm include:

In kids who don’t get enough calories, you’ll often see that they’re weight will be affected first, and then later their height. You might also have a child that eats enough calories per day, but the quality of their diet is so poor and is missing enough growth-positive nutrients, like: iron, zinc, vitamin D, calcium, and amino acids. The biggest issue I see in my practice is kids who aren’t getting enough iron (which is more common in kids who eat heavy dairy based diets by the way). When I see a child with stunted height, iron is often the first thing I look at! I always recommend Healthy Height – a shake mix that contains all the growth boosting vitamins, minerals, protein, and amino acids that kids need for optimal growth – especially for kids who are underweight, have stunted height growth, are extremely picky, or who need extra amounts of protein in their diet for whatever reason. The shake mixes are delicious and have been clinically proven to help kids grow. And if you use code EATER15 you’ll get 15% off your first order! Please note that it is for children between the ages of 3 and 9 years old. 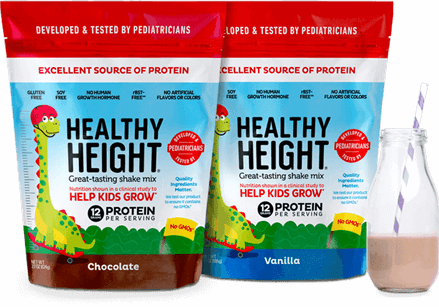 The good news to all this? If an underlying reason for growth abnormalities is caught and treated early, growth patterns can be restored to where their genetic potential is!

Wanting help feeding your baby or toddler? I’ve got courses for you!

For babies 6-12 months of age who are starting solids or transitioning onto finger foods – The Baby Led Feeding course is for you!

For toddlers and older kids aged 1-8 years old that you want to teach to eat happily (no pickiness, mealtime battles, stress, and to have a healthy relationship with food) and healthily (eating all the right things at the right times) – the Feeding Toddlers online course is for you!

*Please note that I do receive a small commission from any products purchased from the links in this post. But, this comes to no additional cost to you, and I will only ever link items that I FULLY support and stand behind! These small commissions help me keep my website alive and kicking so I can continue to provide you with valuable feeding info.

PrevPrevious#29: Milk and Breastfeeding Requirements for Toddlers
Next#30: How to Minimize Mess with Baby Led WeaningNext 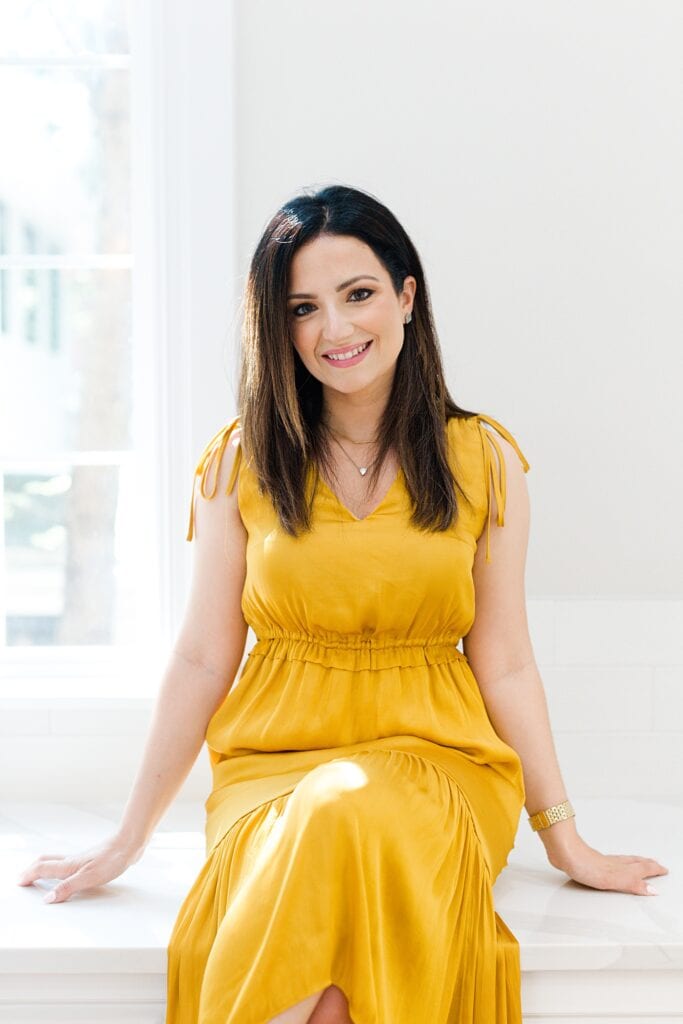 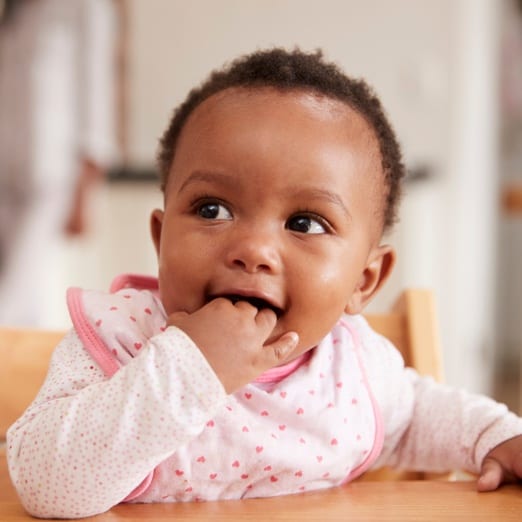 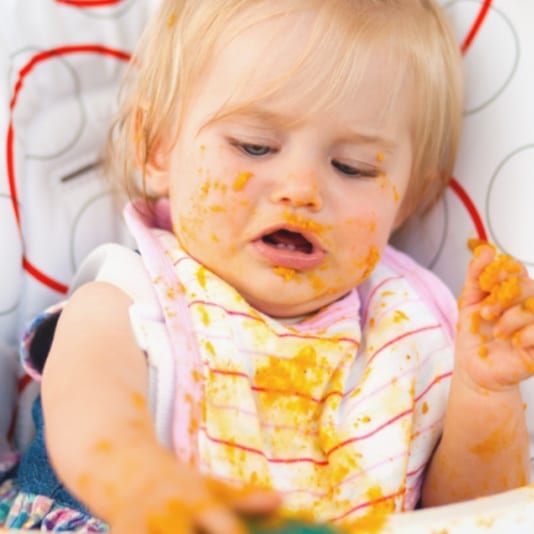 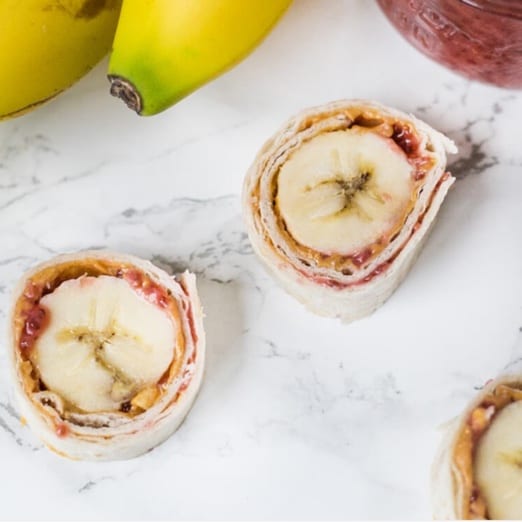 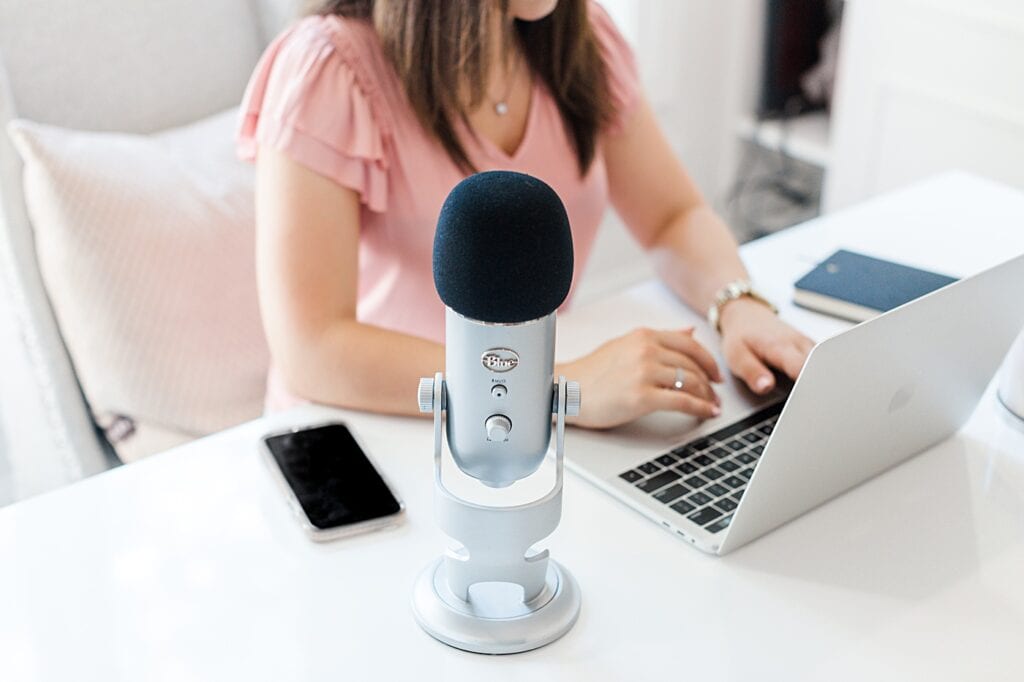 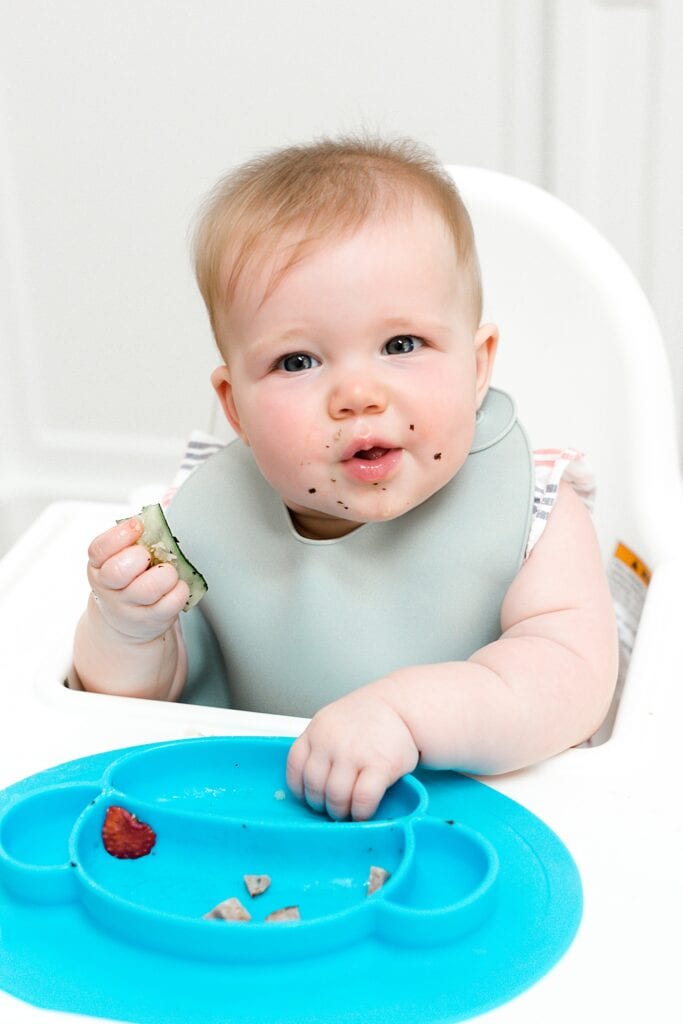 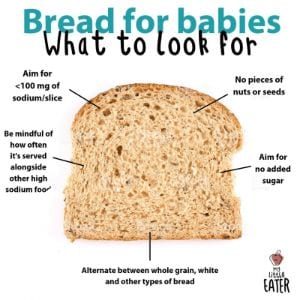 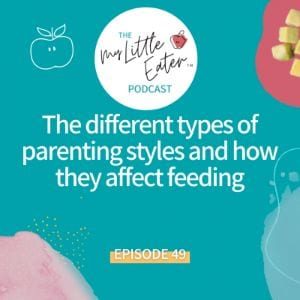 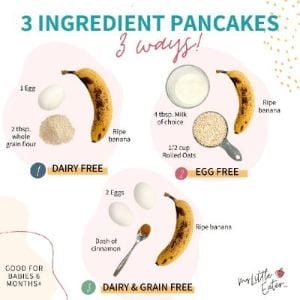 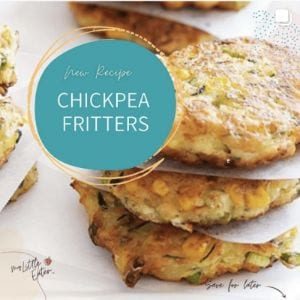 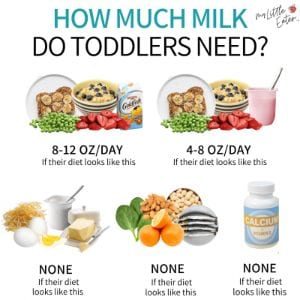 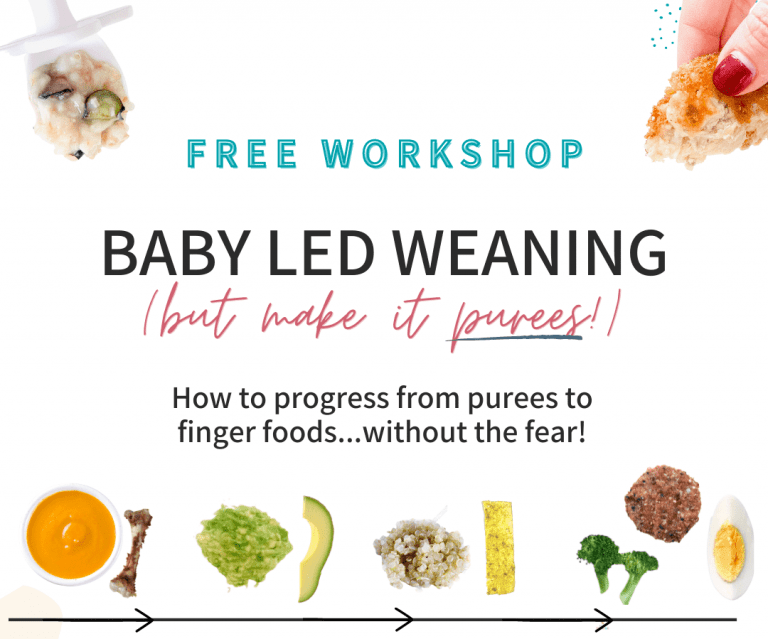 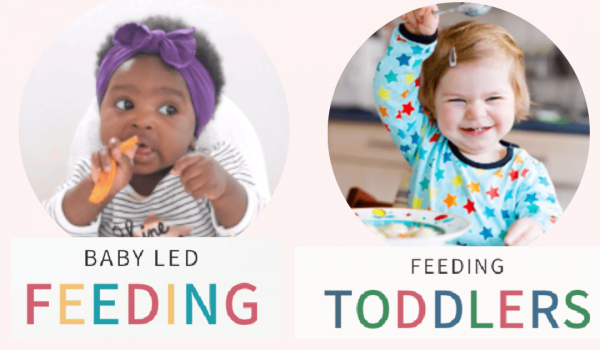