There is a certain excitement every parent holds when it comes to introducing their baby to new foods. Wondering what they will like (or not like!) watching their faces pucker up when they eat something new…the taste testing process can be so exciting! And yet, it’s not unusual for stress to still creep up on parents when it comes to introducing foods that are known to be highly allergenic, because…well…it’s scary not knowing how your child may react to them! Not only that, but knowing when to introduce them, how to introduce them and feeling confident knowing all the answers to those “what about when…” situations is downright overwhelming. Maybe even so overwhelming that you just put off introducing them at all.

I want to ease your fears and provide some clarity for you today. With the right information, education and a few encouraging words from yours truly, my hope is that you will feel fully equipped to introducing allergenic foods to your baby in a timely and confident manner.

Let’s start with the basics.

What are the highly allergenic foods?

Even though any food can actually trigger a food allergy, these foods are considered the most common allergens:

Once babies reach around six months of age and show the developmental signs of readiness to start solids, the recommendation is that allergenic foods should be introduced as early as possible after starting solids and to keep them in the diet often.

This recommendation varies slightly if your child is considered at high risk.  The Canadian Paediatric Society recommends that for high risk babies, there may be a benefit to introducing allergenic foods earlier, between 4-6 months of age once they have begun to tolerate a few solid foods safely. This is based on research that shows a “window of opportunity” may exist where babies develop a tolerance to certain allergens early on, particularly for peanuts and eggs. Initial testing should be done by an allergist to determine if they are allergic to the food or not, which will give you guidance on how to proceed or figure out if further testing should be done before you go ahead and introduce the allergen to your baby through a food source.

What do you mean by high risk?

The Canadian Paediatric Society, the American Academy of Allergy, Asthma and Immunology and Dietitians of Canada identifies infants as high risk if they have an immediate relative with a food allergy like a parent or a sibling, or if they have other allergic conditions like asthma, severe eczema, hay fever or another known food allergy.

Your child is not considered at high risk if there is a known food intolerance in the family. This is simply because an intolerance is different than an allergy and does not cause an immune response in the body. A food intolerance can cause some discomfort symptoms like bloating, gas or loose stools but isn’t dangerous to your baby. Lactose Intolerance for example is a food intolerance and just means your body can’t break down and digest the sugar lactose which is found in dairy products. If your baby is having any discomfort I would recommend to check with your pediatrician and a dietitian  for some recommendations around this.

Have recommendations changed over the years? Is that why I’m so confused?

Yes! For years, the best practice for decreasing the risk of developing food allergies was to delay the introduction of highly allergenic foods until around 2 or 3 years of age. Originally it was thought that delaying the introduction of allergenic foods would prevent food allergies by allowing the gut to mature and provide greater protection against foriegn particles. Eventually the percentage of infants developing food allergies increased, stirring up confusion as to why this was happening. Thankfully, tons of new research has been published over the past decade which has found that these recommendations do not actually decrease the risk of developing allergies in our babies and there is no benefit in delaying the introduction of any specific solid food beyond the six-month mark! In fact the new Canadian Pediatric Society guidelines state that delaying these foods could actually promote the onset of allergies.

There has been so much progress made in the past few years to truly determine the best approach to introducing these foods. Research studies like LEAP (Learning Early About Peanut), which was a study from the UK paved the way for the development of new guidelines and really changed the way we view food allergy prevention. This study showed a decreased peanut allergy prevalence of up to 81% when it was introduced to high risk infants at around 4-6 months of age and continued to be included in their diet weekly.

“For decades allergists have been recommending that young infants avoid consuming allergenic foods such as peanut to prevent food allergies. Our findings suggest that this advice was incorrect and may have contributed to the rise in peanut and other food allergies.”Professor Lack, lead investigator for the LEAP study.

What about breastfeeding recommendations if I have a high risk baby and introduce allergenic foods before 6 months?

If you have a high risk child and are considering introducing allergenic foods before you reach the 6 month recommendation for exclusively breastfeeding, please know this isn’t meant to stop breastfeeding or formula feeding and they are meant to be done in sync! Research now shows that small amounts of allergenic solids does not affect the amount of breastmilk your baby consumes, so you can still be confident they are getting proper nutrition as well.

How should I introduce allergenic foods to my baby?

The question then comes – how should I go about giving my baby allergenic foods?

These guidelines are important to consider when you begin the introduction, and can help make this process easier and less scary!

Stay home and offer in the first half of the day when your baby is healthy!

Space out the introduction of foods!

The most common reactions in infants and children are skin reactions such as hives, itchy skin or swelling and redness on the face.  If your child is experiencing any of the above symptoms, call your doctor or seek medical help right away!

Introduce the same allergen for a second time!

This is so important, and is simply because an allergic reaction can be much worse the second time around! Doing it twice allows you to make sure there were no symptoms that may have been missed the first time around because they typically aren’t as severe until the second exposure.

Offer the allergens often from there!

Your baby will need to be regularly exposed to each of the new foods in order to build a tolerance to it. As long as no reaction happens the first two times, keep offering the food regularly. The Canadian Paediatric Society recommends keeping these foods in the diet at least once per week (ideally a few times a week) as not doing so can lead to the development of a food allergy.

What order should I introduce my baby to these foods?

There is no specific order you need to follow!

Can my exclusively breastfed baby have an allergic reaction from food allergens in breastmilk?

It is considered very rare for an exclusively breastfed baby to have an allergic reaction to something the mother has eaten so this should not be considered a reason for a mother to avoid any foods that they would usually eat while breastfeeding! Even though it is rare, it is still possible and is most commonly seen in babies with cow milk allergies. If you think your baby may be having allergic symptoms after breastfeeding it would be best to check with your doctor or dietitian to help find a definite answer. They may suggest cutting dairy from your diet to determine if this could be the issue.

How should I introduce my baby to a food I am allergic to?

The most important thing is for this process to remain safe for everyone! If you are unable to serve the food to your baby yourself, the best option would be to have another family member introduce it to your baby. You could also reach out to your allergist for help with the introduction if you have one.

My child refuses to eat an allergenic food! What should I do?

When you begin solids, your baby just simply may not know how to eat food or what to do with it! If you are introducing these foods in the first month or so of introducing solids, you can puree the refused food into a well tolerated and liked fruit puree for example or take a small amount of the puree food and dab it on their lips. You can puree peanuts and tree nuts and mix them into baked goods. This is also a good approach to introducing wheat, milk or soy as well. Remember you really only need a small quantity of the food to be swallowed to be considered an exposure!

Can I test for a food allergy by rubbing food on my baby’s skin?

It is NOT recommended to rub a food your infant’s skin as a way to expose them to that food. Certain foods that are acidic (such as berries, tomatoes, citrus fruits, and vegetables) can be potentially irritating on the skin, causing redness, a rash and can show a “false positive” result. The best way to introduce these foods is to do it orally, at the time of starting solids.

I hope this information helped you understand the basics of introducing allergenic foods to your baby!  If you’re looking for more info, my Baby Led Feeding course includes an in depth lesson on common food allergens, how to serve them, symptom tracking sheets, and more! 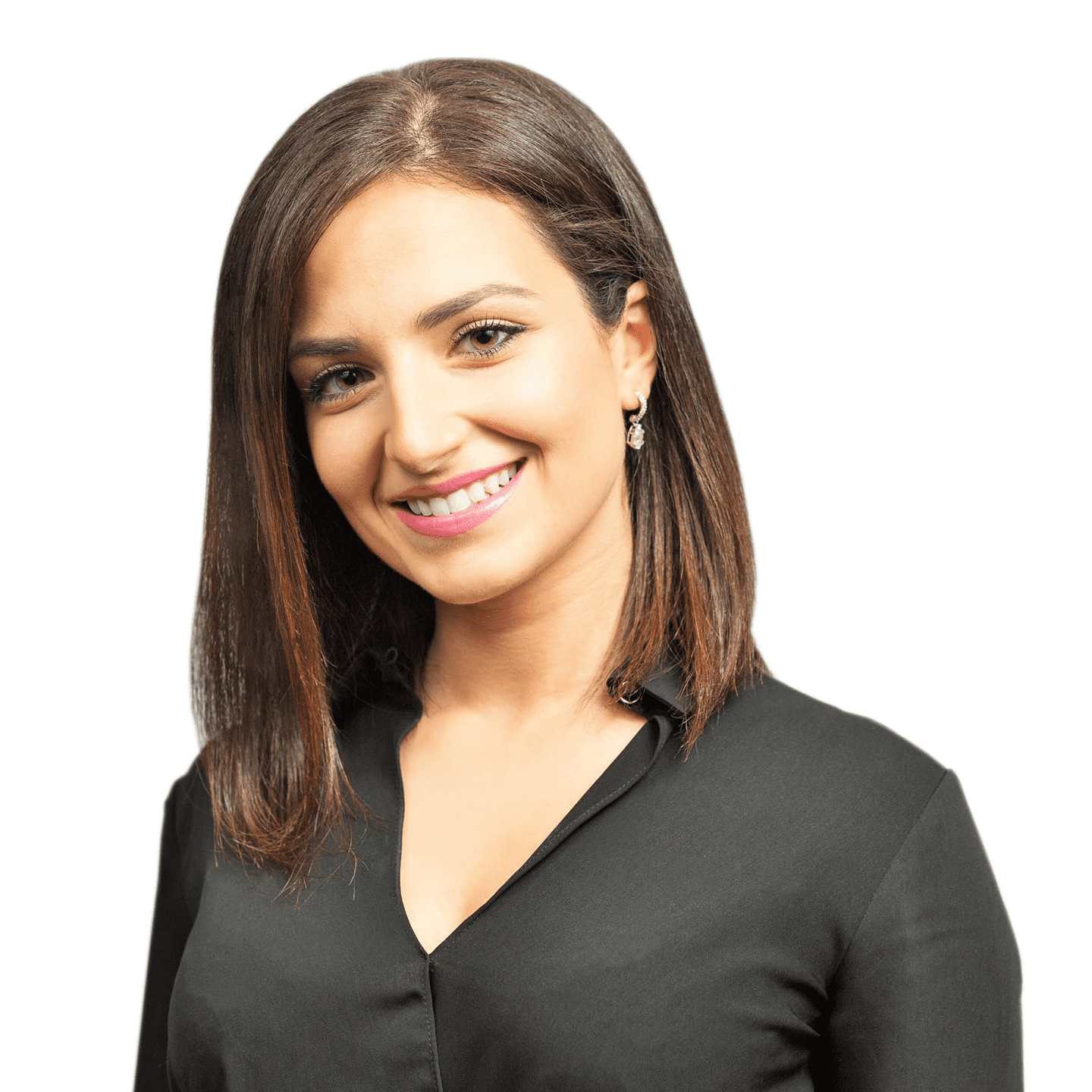 Ever hear that “rule” that you have to wait 2-

I often hear from concerned parents who wonder if

4 Ways To Overcome Your Fear of Gagging In BLW 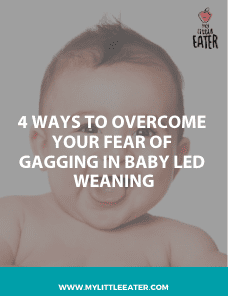